Block Island is amazing in the summer: sandy beaches, relaxing bike rides, feasts of grilled fish, and drinks on a historic hotel deck. However, it’s the off season when this tiny and often overlooked island really shines. This time of year is especially stunning when the wild daffodils are out in full force, the seals are basking on the rocks along the coast, and the birds never stop chirping.  If you’re lucky enough to catch a few sunny days, you’ll be reveling in empty beaches and gorgeous vistas usually only found in brochures. 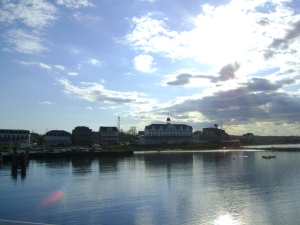 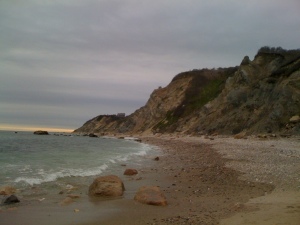 The Mohegan Bluffs on an April late afternoon. C. Nelson, 2011. 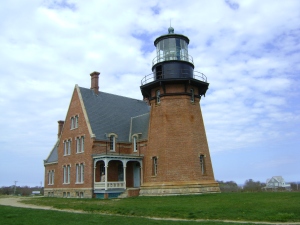 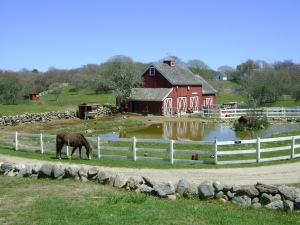 A bucolic farm complete with horses and chickens. C. Nelson, 2011.

The ferry coming in off of Fred Benson Town Beach. C. Nelson, 2011.

The lawn of the historic Spring House near sunset. C. Nelson, 2011. 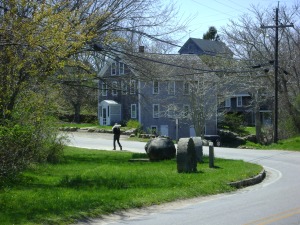 A friendly seal hanging out near North Light. C. Nelson, 2011.

Exploring, cooking, drinking, riding the subway, bowling...a writer and editor based in New York. I'm a city lover who edits the blog for EuroCheapo, writes for ShowTickets.com, explores for Spotted By Locals and has worked at various under-the-radar companies like Google. Feel free to drop a line at across106thstreet@gmail.com or on twitter at @across106th.
View all posts by Craig Nelson →
This entry was posted in Road Trippin' and tagged beaches, Block Island. Bookmark the permalink.