With the lingering signs of the annual weeklong celebration of all things and people Puerto Rican still visible around Spanish Harlem, it’s hard to believe the 26th annual 116th Street (Abrazo Fraternal) Festival and 54th annual Puerto Rican Day Parade (and the 16th annual National Puerto Rican Day Parade) have come to an end once again. Or have they? President Obama himself has actually heard the call of the clave rhythm, that irrepressible energy celebrating Boricua heritage, and impelling anyone who gets within an earshot to go to Puerto Rico. And it’s about time…the last US president to head to that beautiful island was Kennedy  in 1961?!?

Despite the gray, gloomy day, nothing could stop the celebration at the stage on 3rd Ave. And no country wears their flag as well as Boricuas. 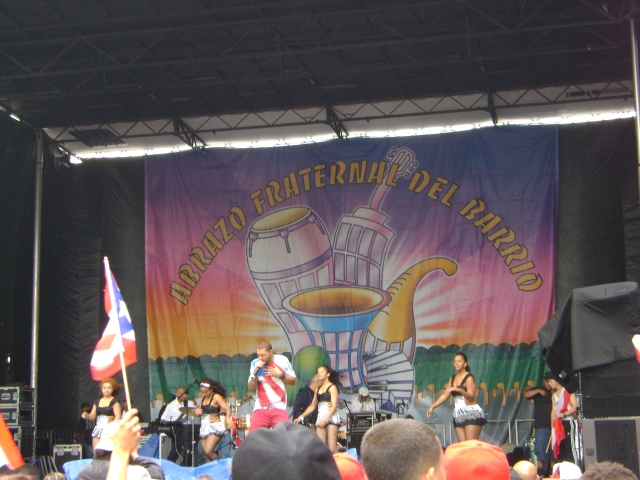 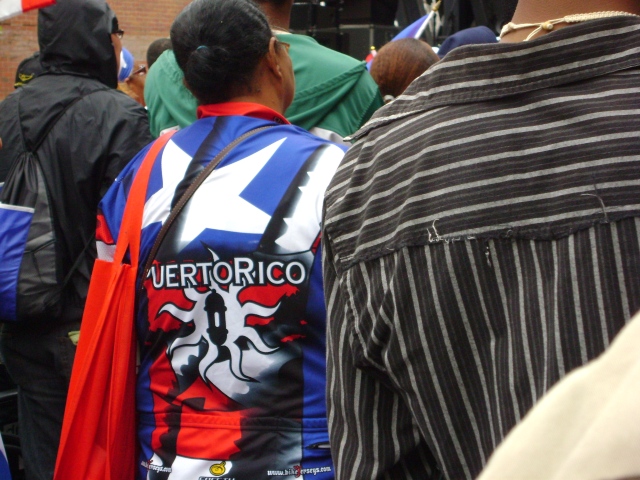 There are a myriad of ways to wear the Puerto Rican flag. P. Glowinski, 2011. 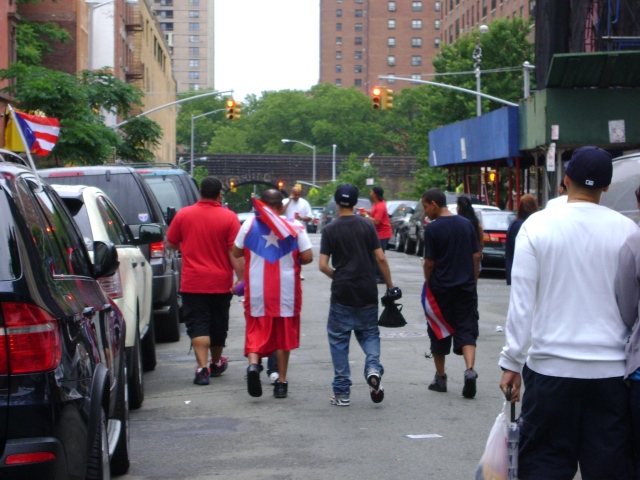