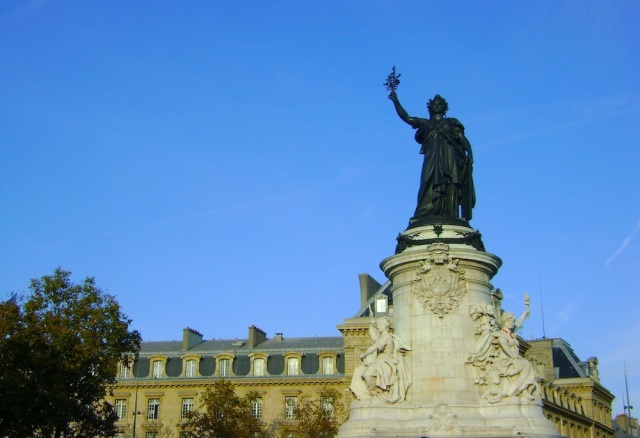 Blue skies over Place de la République, where people came together after the attacks on January 7.

I was lucky enough to visit Paris near the end of last year. It was only my fourth time in the City of Light, but somehow I always feel at home there. My French is horrible, but that doesn’t stop me from roaming the streets, getting  a little lost and seeing what I stumble across. This trip included tasty crepes at Marché des Enfants Rouges, an evening with new friends at La Belle Hortense (a cozy wine bar/bookshop) and a catching a film at the old-school cinema Le Desperado. A few times I even shut off my iPhone and left my map at the hotel to see where I would end up. Exploring with no plan at all, I managed to wander through a Julie Delpy film shoot near Place de la République and a Karl Lagerfeld-Gisele photo session in the Latin Quarter…on the same day!

Just like in New York, walking through the city streets of Paris gives you a feeling of being truly alive. The urban energy, the architecture, the food and wine, it’s all perfect. I’ve been meaning to put up my photos since I came back, and with the horrible events of last week, it seems like the right time to share my love of Paris.

My room with a view from Hotel Tiquetonne. Photo: Craig Nelson 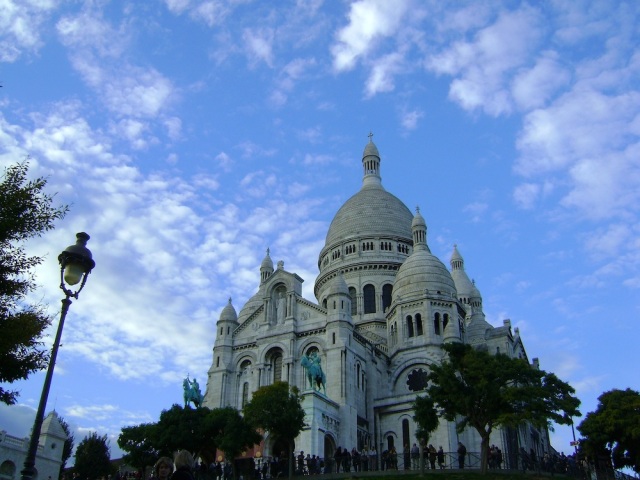 Hanging out along the Seine at night. Photo: Craig Nelson

The city sprawling out from Sacre Coeur. Photo: Craig Nelson

Sun breaking through over the Eiffel Tower. Photo: Craig Nelson

Exploring, cooking, drinking, riding the subway, bowling...a writer and editor based in New York. I'm a city lover who edits the blog for EuroCheapo, writes for ShowTickets.com, explores for Spotted By Locals and has worked at various under-the-radar companies like Google. Feel free to drop a line at across106thstreet@gmail.com or on twitter at @across106th.
View all posts by Craig Nelson →
This entry was posted in Road Trippin' and tagged architecture, Paris, street art, travel. Bookmark the permalink.