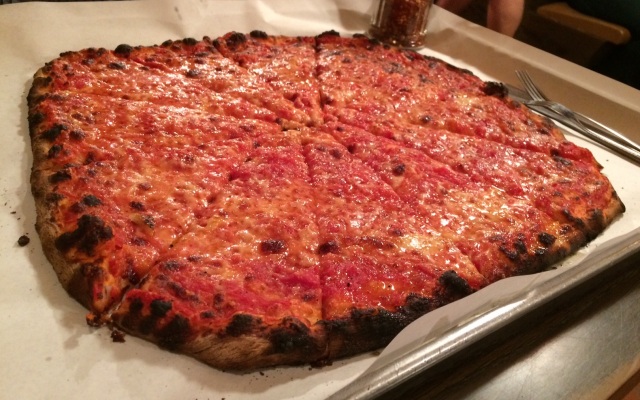 Pizza. While many Americans declare pizza to be an unhealthy obsession, I can eat it almost every night of the week. In fact, the one time we visited Napoli, Italy, we did just that, eating one Neapolitan pie per day for five days straight at legendary spots like Da Michele and Di Matteo. And now that I’ve finally visited Sally’s Apizza in New Haven, I can safely say I would eat there five days in a row with no problem at all.

To get to the point: The plain mozzarella pie at Sally’s is one of the best pizzas that I’ve ever had. Oblong in shape but perfect in taste with a beautiful and crisp crust, tangy sauce and bubbling cheese. And the pizzeria oozes old-school charm with 1970s booths,  no-nonsense waiters, and prices that make the wait worthwhile. 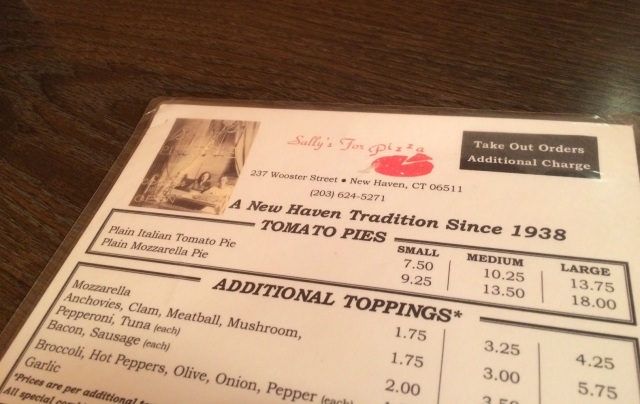 The tomato pies are the way to go at Sally’s. Photo: Craig Nelson

If you’re still hungry, just walk down the block to Frank Pepe Pizzeria Napoletana and get in line. The atmosphere and menu are a little more modern (think salads and bright lighting), but the pizza is still old-world, especially the White Clam pie. Plump, freshly shucked clams are piled on top of melted grated cheese and garlic on a crunchy crust that’s been wood fired. It’s a simple yet brilliant combination that brings out the brininess of New England shellfish. 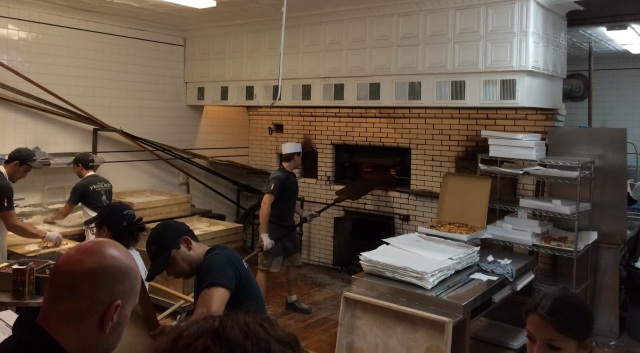 The scene outside of Frank Pepe on a Saturday night. Photo: Craig Nelson

Before you think it’s a big trek or the train tickets will throw your budget off, think about this: two round-trip MetroNorth tickets from Grand Central to New Haven Union Station and a medium plain mozzarella pie at Sally’s with a couple of beers puts your total bill under $100. That’s still cheaper than a regular dinner in modern day Manhattan!

Exploring, cooking, drinking, riding the subway, bowling...a writer and editor based in New York. I'm a city lover who edits the blog for EuroCheapo, writes for ShowTickets.com, explores for Spotted By Locals and has worked at various under-the-radar companies like Google. Feel free to drop a line at across106thstreet@gmail.com or on twitter at @across106th.
View all posts by Craig Nelson →
This entry was posted in Eat, Drink & Be Merry, Road Trippin' and tagged food, Frank Pepe, New Haven, pizza, Sally's Apizza. Bookmark the permalink.